On 14th December 2021, Helitreck carried out the installation of 2 spa pools and removal of an old spa in Brooklyn NSW.

After 20 years operating as a B&B, the property in Brooklyn had recently undergone extensive maintenance and restoration works, with the final touches being to install 2 new spa pools and remove the old unrepairable spa pool from the rooftop deck area.

Due to the size and weight of the spa pools, the costs to transport and install land based lifting equipment (and time involved) made the use of a helicopter crane a much more cost effective and efficient option.

Helicopter Loading and Lifting Location
The spas were delivered to the property in Brooklyn by barge, and the helicopter was loaded on site from a helipad located on the property.

Provision Of Riggers
Two riggers were provided by Helitreck.
One rigger set up the sling and established the loads at the ground floor.
The other rigger was at the installation location to safely land the loads and unsling.

Communication
Two-way radios were used for communication between the Helitreck pilot and the riggers.

Special Thanks To
Mitch for his assistance on the day. 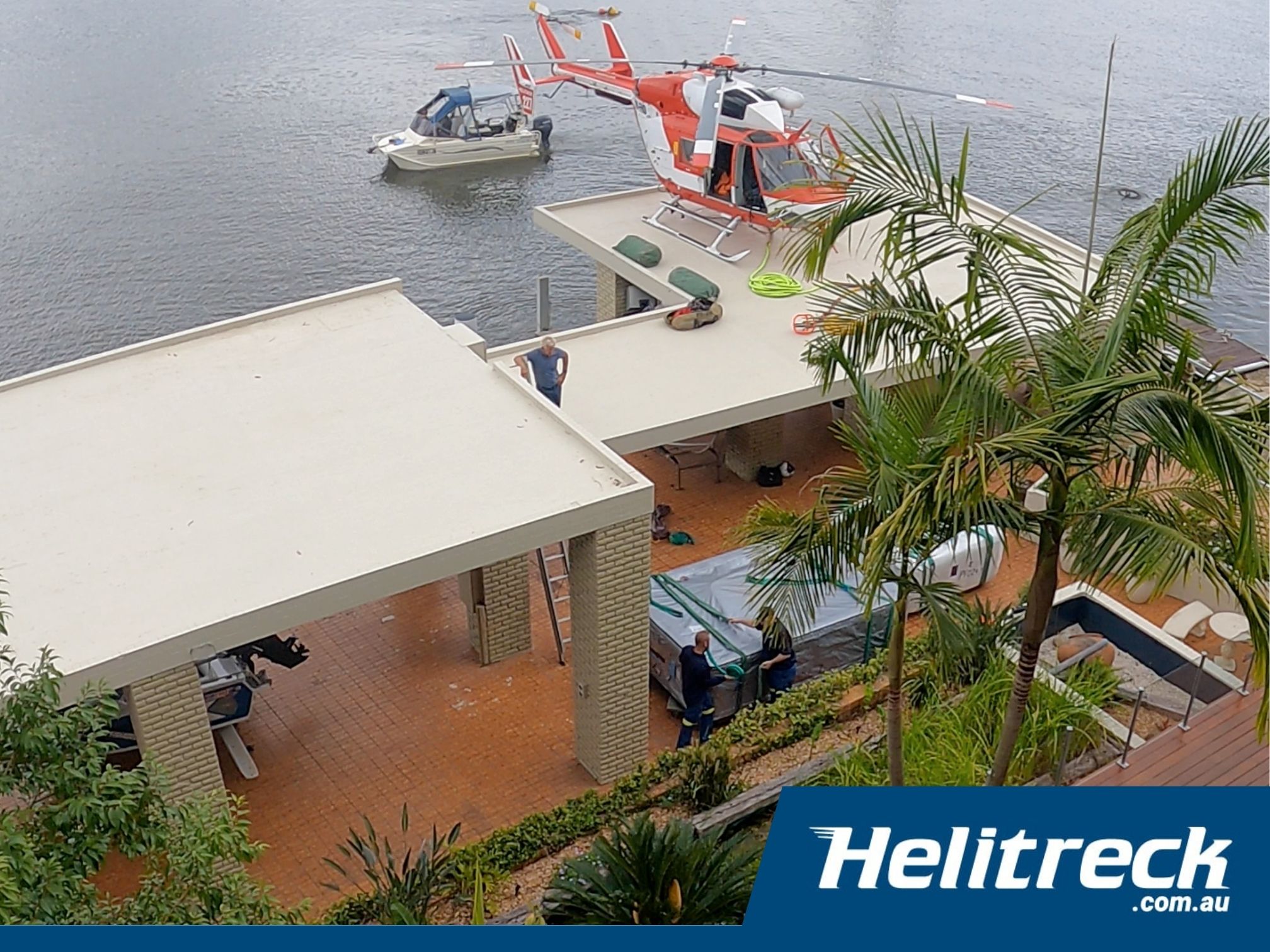 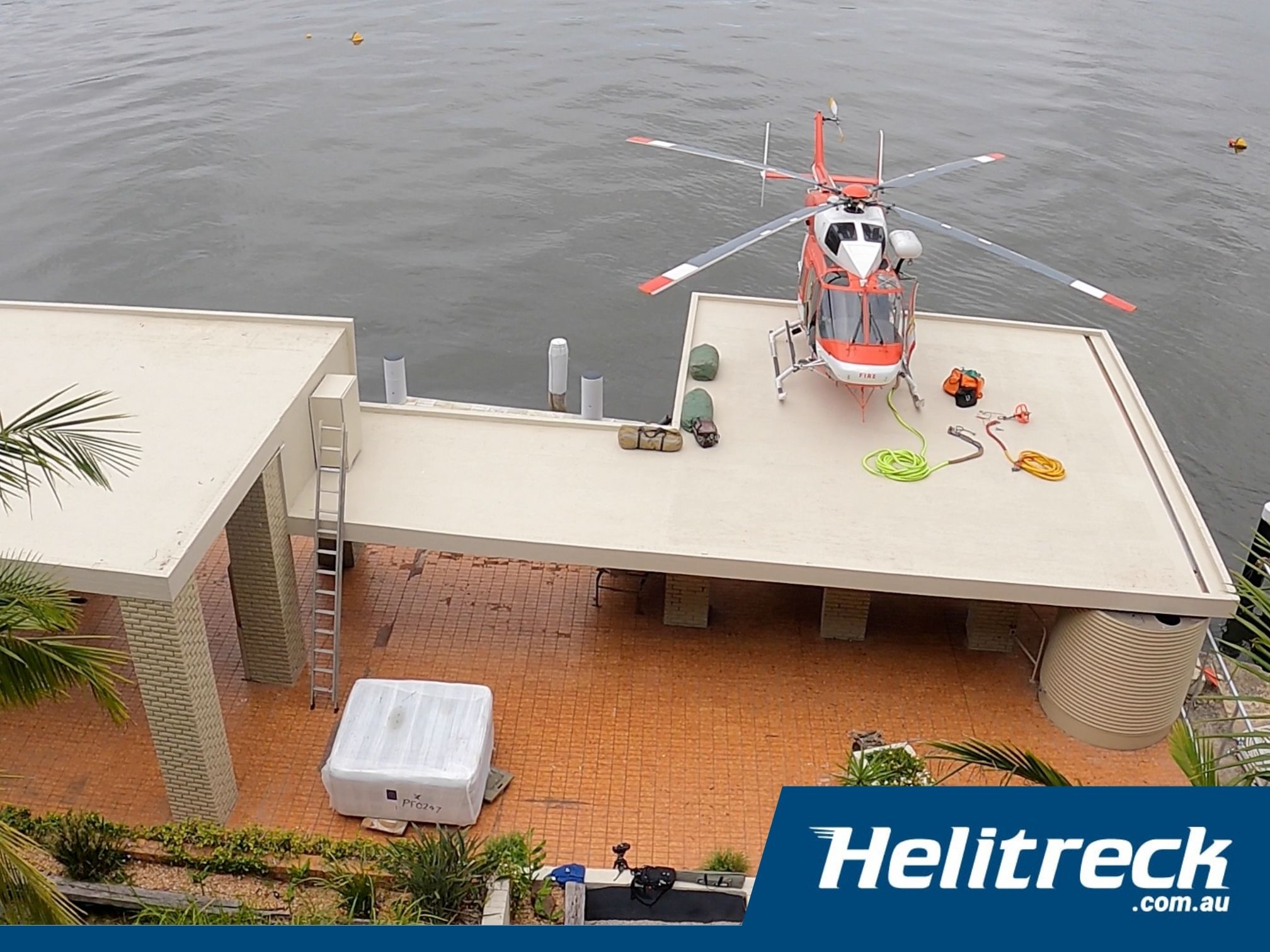 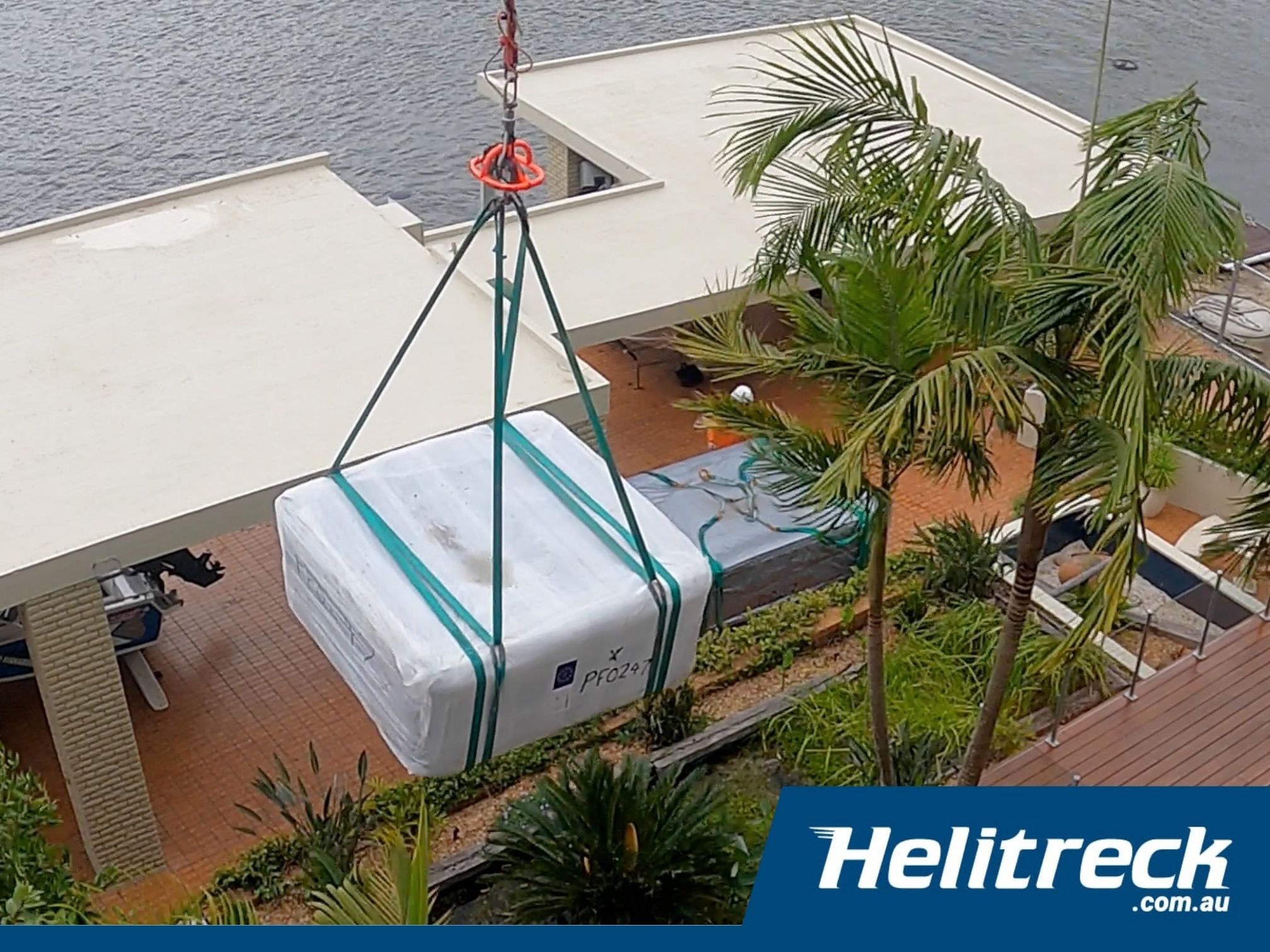 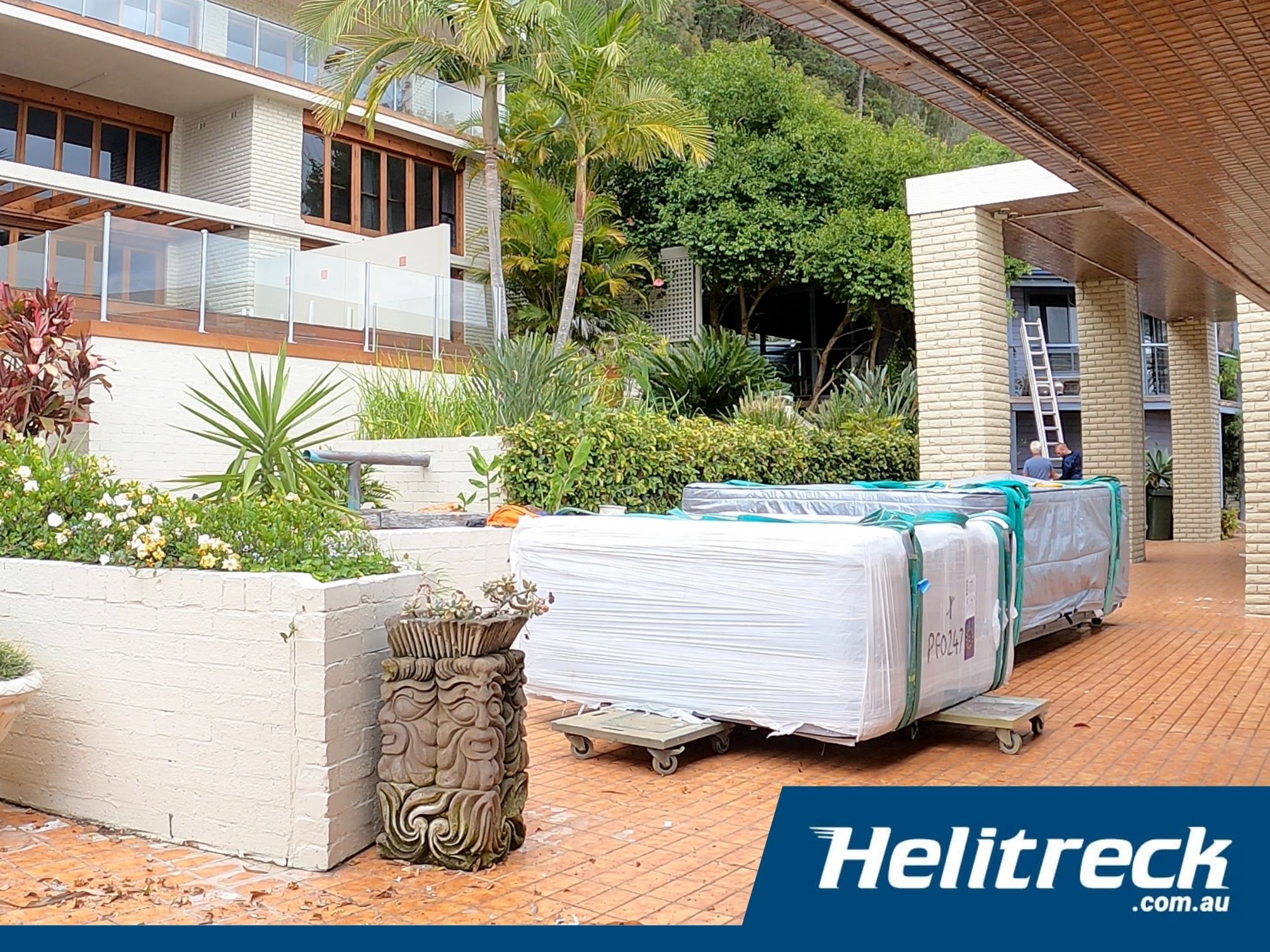 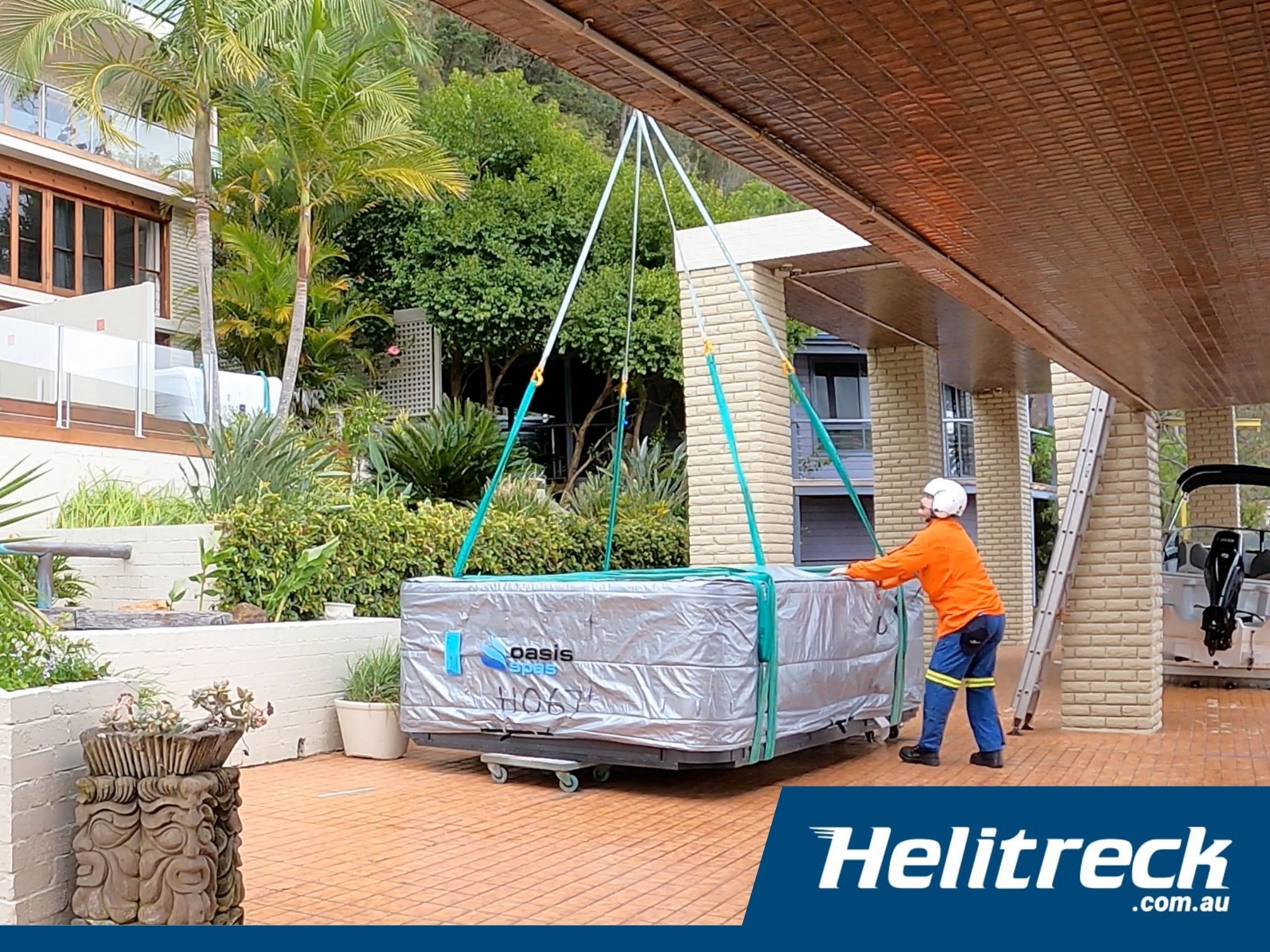 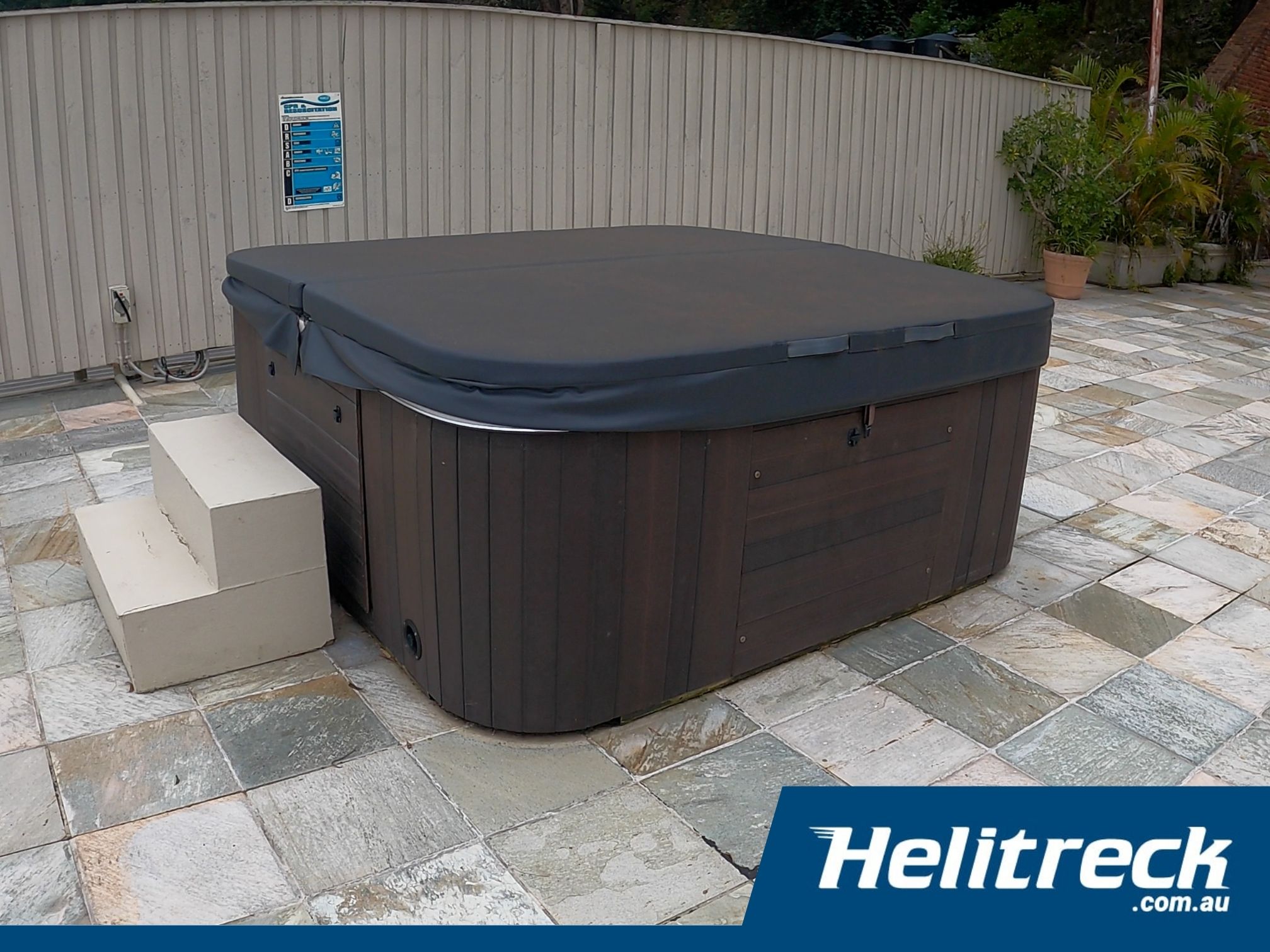